What is the Optical Women's Association's Pleiades Award?

Each year, our Pleiades Award honors an individual who has shown exceptional support in advancing the leadership role of women in the optical industry. This award is named after the star cluster "The Pleiades" in the constellation of Taurus. "The Pleiades" is also known as the "Seven Sisters" - referring to the seven brightest stars in the cluster.

According to Greek mythology, each star was named after the seven daughters of Atlas who were turned into stars by Zeus. Together these stars create one of the brightest clusters visible in the northern hemisphere, just as by working together, the women of the OWA have created an organization that is bigger and brighter than the sum of their individual efforts. 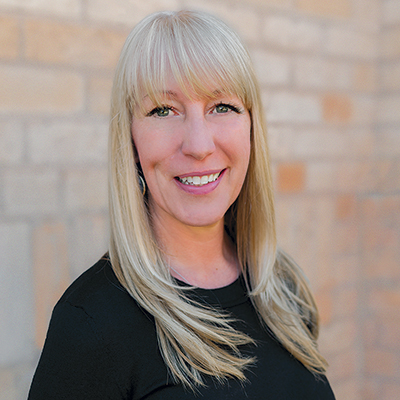 The Editor-in-Chief and Editorial Director of the award-winning Eyecare Business magazine, a PentaVision publication, Erinn Morgan has been covering the business and fashion trends of the optical industry for over 20 years. Eyecare Business recently received the Folio Award for the Best Magazine issue in Healthcare in 2020 for its coverage and reader support during the Covid-19 pandemic.

Erinn is also the Director of Social Media for PentaVision LLC, parent company of EB and 10 other publications and was recently named the Editorial Director of Contact Lens Spectrum.

Erinn is the author of the book Picture Yourself Going Green, the founder of the fitness- and health-focused blog WomensMovement.com, and her written work has appeared in The New York Times, National Geographic Adventure, Outside magazine, Skiing, and numerous other publications.