OWA Board of Directors Meeting VEE 2017

The OWA Board of Directors gathered for their Vision Expo bi-annual meeting to determine progress, revisit policies, and ensure that the OWA is moving in the direction of the shared vision and goals of the organization. 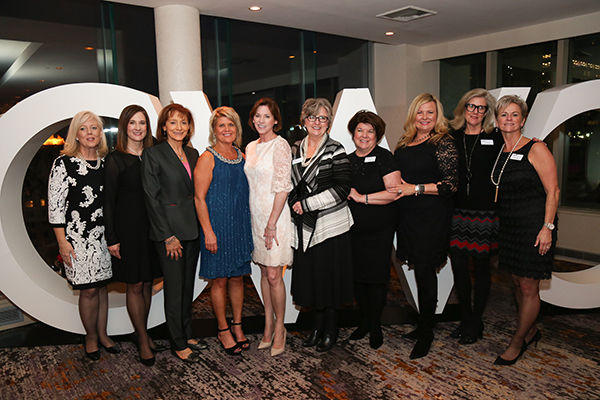 You may click on any photograph to download a high-resolution version. There are two albums below: one for OWA Champagne Breakfast Celebrating Women in Leadership, and a second album for the OWA Star Award Ceremony. All photos provided by the OWA, except where otherwise credited.

Also below is a video from the Star Award Ceremony

The 3rd annual OWA Champagne Breakfast honoring women in leadership, and coinciding with the OWA's 20th Anniversary, was held on Thursday, March 30th at the trendy Kimpton Hotel Eventi. Inaugural Pinnacle Award honoree Corinne McCormack along with Star Award honorees Lorie Lippiatt and Kate Renwick-Espinosa shared their own personal experiences and achievements throughout their career. The event also featured an intimate, interactive question and answer conversation with Dori Carlson, OD, FAAO, a past president of the American Optometric Association and owner/optometrist at Heartland Eye Care, and OWA President Maureen Cavanagh.