What is the Optical Women's Association's Pyxis Award?

PYXIS is a constellation in the southern sky known as "The Compass". The PYXIS Award is presented to a member of the OWA who actively participates in the organization and promotes the OWA throughout the optical industry, contributing to OWA's continuing growth.

The recipient of the PYXIS Award is exceptional in her commitment to support and develop the OWA. She helps set direction of the organization by her actions and inspires by her leadership. 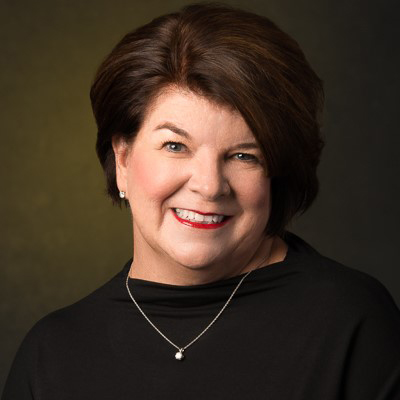 Deborah Myres has been in the optical industry for over 30 years, working for both Tura and Marchon in sales and management positions. In 2005, she joined Pacific Northern, a luxury display company, and developed a new line of optical displays for them. Following a brief "retirement", Debbie began her own company in 2018. Her vision was to create affordable luxury eyewear cases in beautiful fashion colors, designed for eyewear aficionados, and Visual Inspirations was born.

Debbie has been a member of the Optical Women's Association since 2009, also serving on the board as a co-chair of the Mentoring Committee, newly renamed the Connection and Enrichment Committee. When she first became co-chair of the committee, the One-Minute Mentor (now called the One-Minute Inspiration) series was already in place, but Debbie was instrumental in starting the Tuesday Talks project, a webinar program which has since morphed into a dynamic podcast program known as OWA Talks. She helped launch OWA Reads in 2020 and has also assisted with the many other programs under this committee, including Food for Thought. Debbie is currently most excited about the OWA Advisory Groups, a new program developed by several committee members for the purpose of connecting and educating OWA members through various business disciplines. She remains active in this committee, knowing that so much would not be possible without the hard work of many.

Debbie's interests include a fascination with unique eyewear and sunwear, and she has amassed a collection of both, thus the need for eyewear cases! She is enthusiastic about connecting with people in many different areas of business and loves spending time with family and friends, especially her three grandkids. She enjoys traveling, cooking, reading, and, while quarantining, has become an avid walker! Optimistic for 2021, she hopes to play golf again soon.