De Long, a founding board member of the OWA, is also a member of The Vision Council's marketing and communications committee and is a recipient of the Optical Laboratories Association's Directors' Choice Award; she is a frequent speaker at International Vision Expo.

In accepting the award, De Long spoke of her 22 years in the eyewear/eyecare industry, including meeting her husband, Ron, at an optical press conference.

The Pleiades Award spotlights an individual who has shown a commitment to the mission of the OWA by fostering the growth of women in the optical industry. The award is named for the star cluster Pleiades, also know as the "Seven Sisters" in the Taurus constellation. 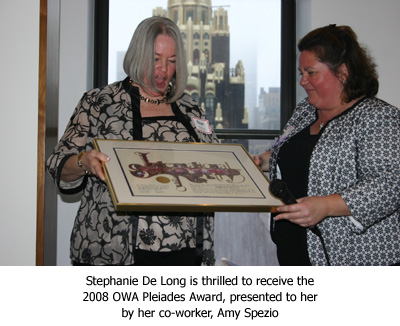 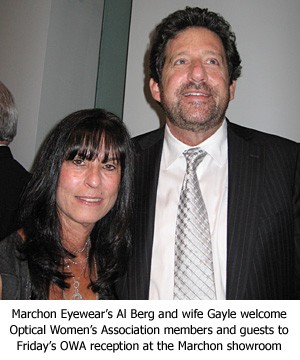 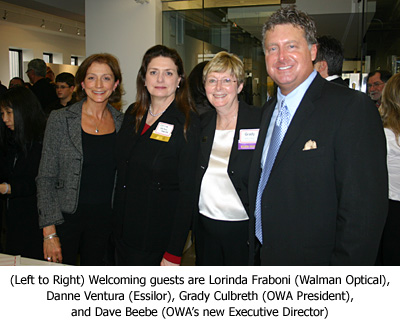