What is the Optical Women's Association's Pinnacle Award?

The Pinnacle Award recognizes an OWA member who has demonstrated long-standing and consistent dedication and commitment to the OWA and to furthering the advancement of the leadership role of women in the optical industry. A pinnacle is the highest point of development or achievement and the Pinnacle Award honors the person's success, determination and influence. The recipient is one who is recognized for inspiring others to reach aspirational heights and career advancement. Signifying a lofty peak, the Pinnacle Award also symbolizes major OWA milestone years as it will only be bestowed on anniversaries. The Pinnacle Award was established for 2017 to coincide with the OWA's 20th Anniversary celebration. 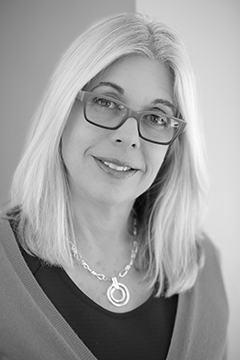 As this year's recipient, Corinne McCormack is a clear choice to receive this honor. McCormack exemplifies commitment to the OWA and has a track record of dedication and service to the association that spans the years. Throughout her career in fashion and in optical, she has crafted her own unique brand of leadership. Upon entering the industry, McCormack joined the OWA and has consistently been an ardent promoter of the association. She founded and presided over Corinne McCormack, Inc., an eyewear and accessories company, in 1993. Today, her company is a subsidiary of FGX International Inc., where she continues to thrive in a leadership position and develop new creations as Vice President and Fashion Director.

Named as one of Vision Monday's "Most Influential Women in Optical" in both 2004 and 2010, McCormack has served as a Director of the Board, a former President of the OWA, and has chaired multiple committees. She inspires emerging talent to join the OWA. She is a stellar choice for the inaugural anniversary award on the occasion of the OWA's 20th anniversary celebration.

"Corinne had a vision to bring fashion to the reader market and built a brand that is well-recognized today," observed OWA President Maureen Cavanagh. "She is actively involved in the OWA Nominating Committee and is a generous volunteer to our association."